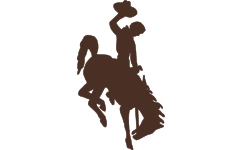 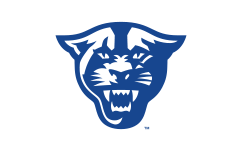 TUCSON, Ariz., December 31, 2019 With highs at just over 60 degrees, the University of Wyoming Cowboys (8-5) rode into Tucson and defeated the Georgia State Panthers (7-6) by a final of 38-17 at the fifth Nova Home Loans Arizona Bowl on the last day of 2019. The nearly 37,000 fans at Arizona Stadium were treated to a spectacular night on the field.

Georgia State brought the fight first, scoring just two minutes and one second after the first whistle, with Quarterback Dan Ellington taking it in from four yards out. The Wyoming Cowboys took an additional four minutes to score and came up with a 53-yard field goal. With less than five minutes to go in the first quarter, Wyoming answered with a long field goal and took their first trip to the endzone courtesy of an Austin Conway 18-yard catch for a 10-7 Cowboy lead. The Cowboy’s defense came up with an interception and followed with another touchdown pass from Freshman Levi Williams to pad the lead. Williams’ hot first half wasn’t done yet.  The Cowboy threw for a 51-yard touchdown which would close out the first half, and Wyoming notched a 24-10 lead.

The rest of the day belonged to Xazavian Valladay. Wyoming’s star back shone bright breaking off several big gains, and capping his season with a stellar 208 yards and a touchdown on 26 carries. The X factor added 91 yards and a score receiving to capture Nova Home Loans Arizona Bowl Offensive MVP honors.

The fourth quarter provided a dramatic drive-by Georgia State to the Wyoming one where they were stopped by the Cowboys on fourth and one. The Cowboys would finish it off from there, topping the Panthers by a final score of 38-17. 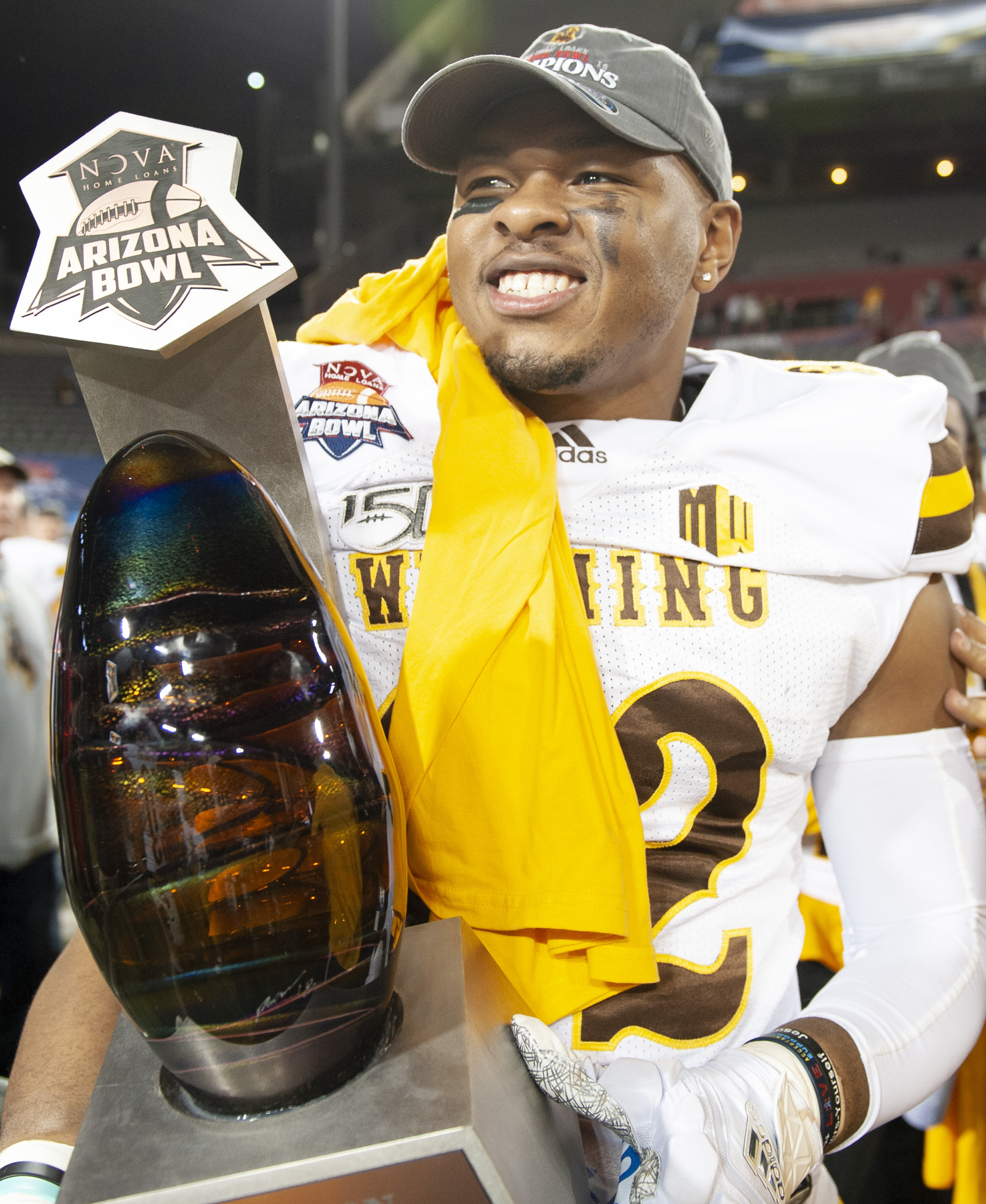 The Wyoming Cowboys had a solid season becoming Bowl eligible for four consecutive years for the first time since 1996-99. Wyoming finished the season 8-5 overall and 4-4 in the Mountain West. The Cowboys went a perfect 6-0 at home marking the first undefeated home season in War Memorial Stadium since the 1996 season.

The Panthers played in their first bowl game in 2015 in the AutoNation Cure Bowl and then made a return trip to the Orlando, Fla., bowl in 2017 when GSU knocked off Western Kentucky 27-17 for the first bowl win in school history.

“I want to say thanks, what a great experience for our players and coaches,” stated Wyoming Head Coach Craig Bohl. “The Nova Home Loans Arizona Bowl is a great bowl, and I want to say thanks to the presenting sponsor, Nova Home Loans,” he continued. “This team that we have this year has been a resilient team.  They’ve played together as a team and I couldn’t be more proud.” 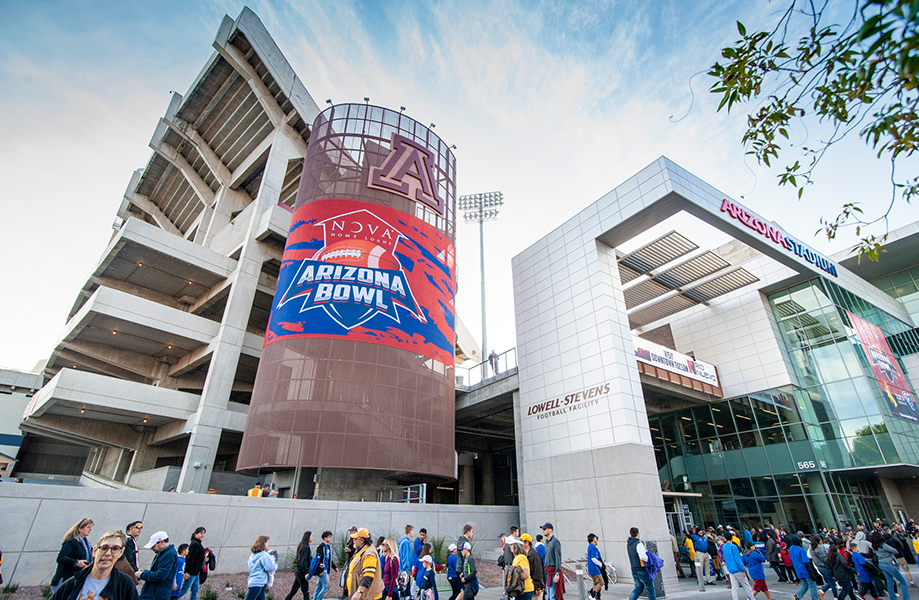 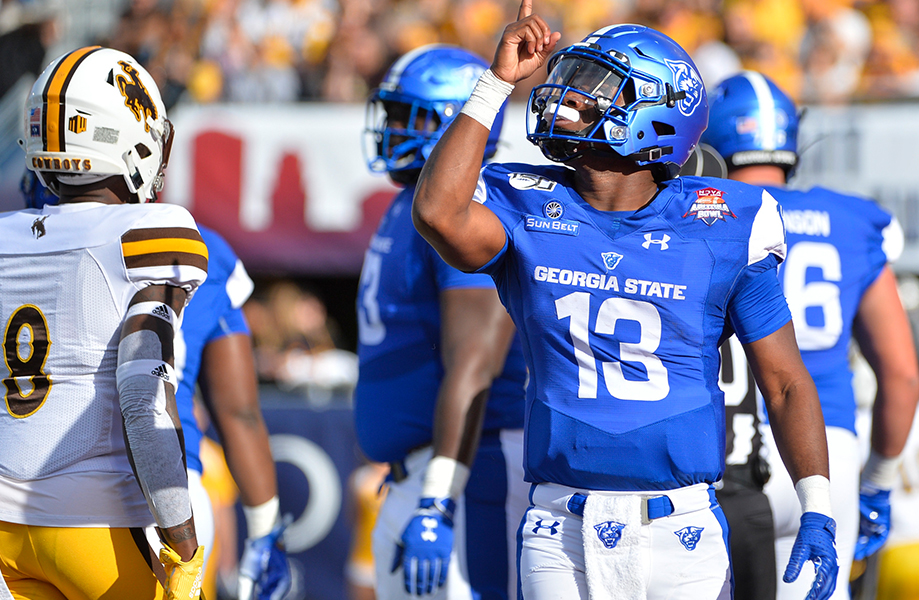 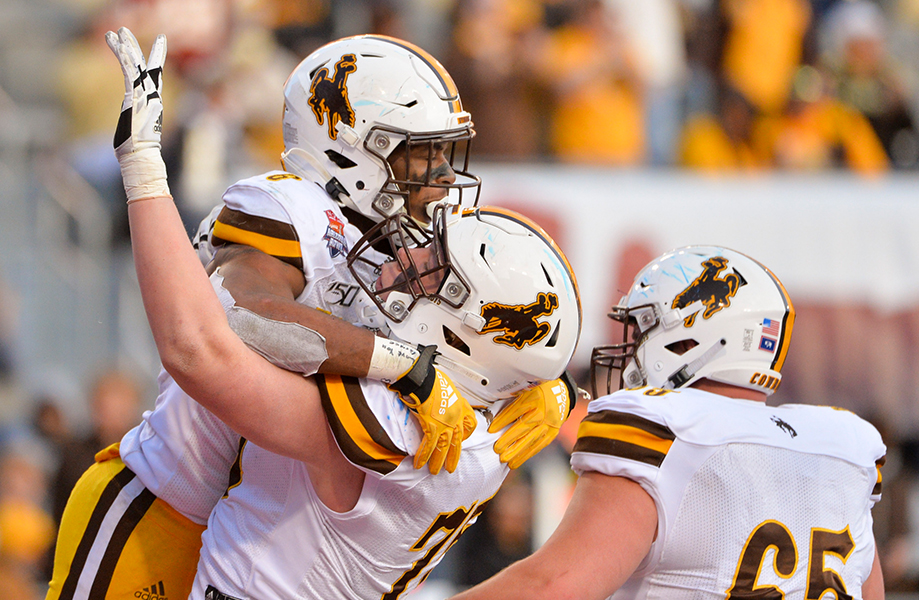 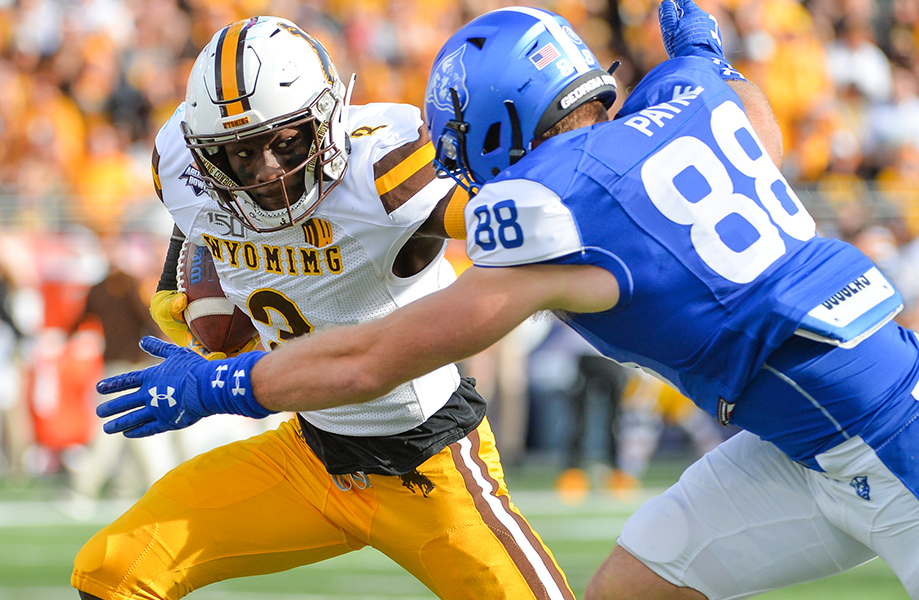 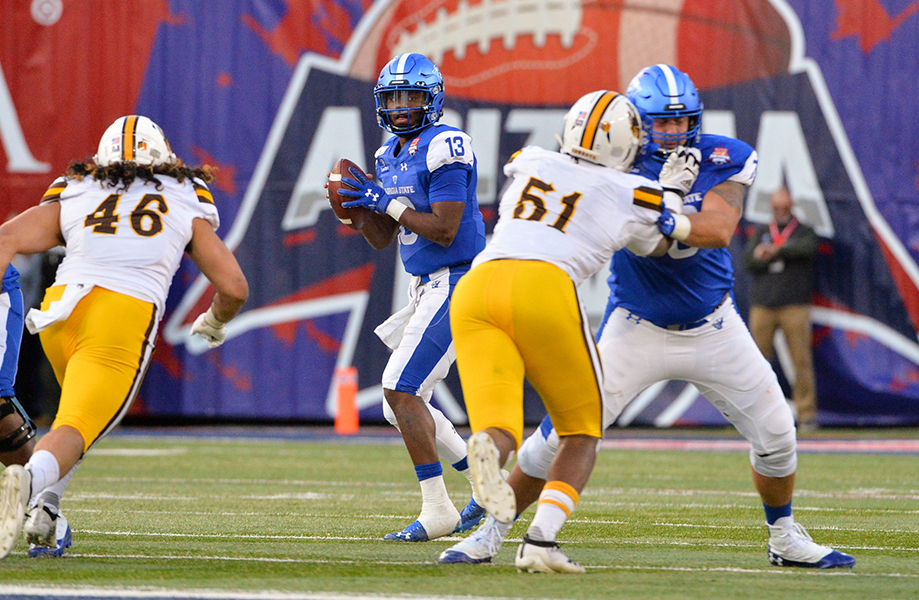 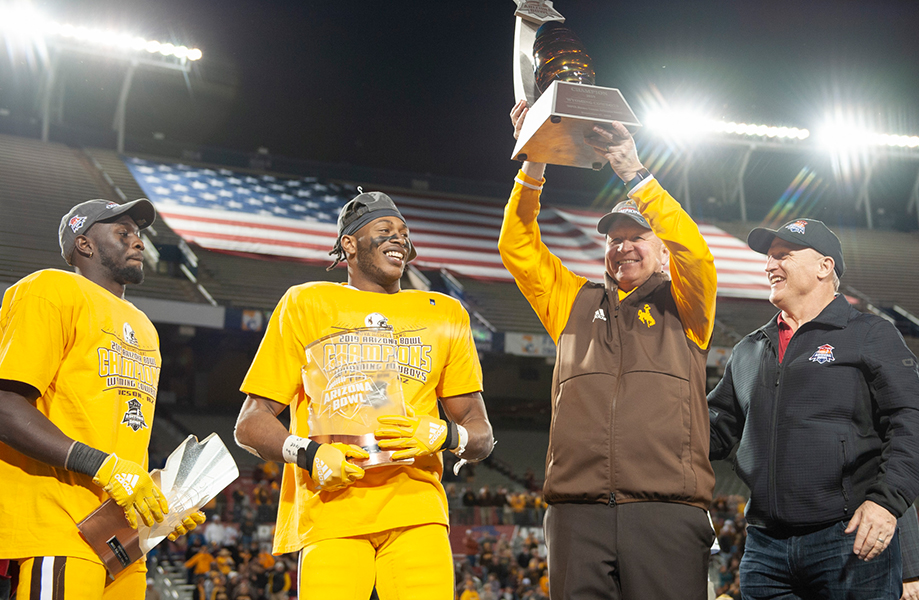 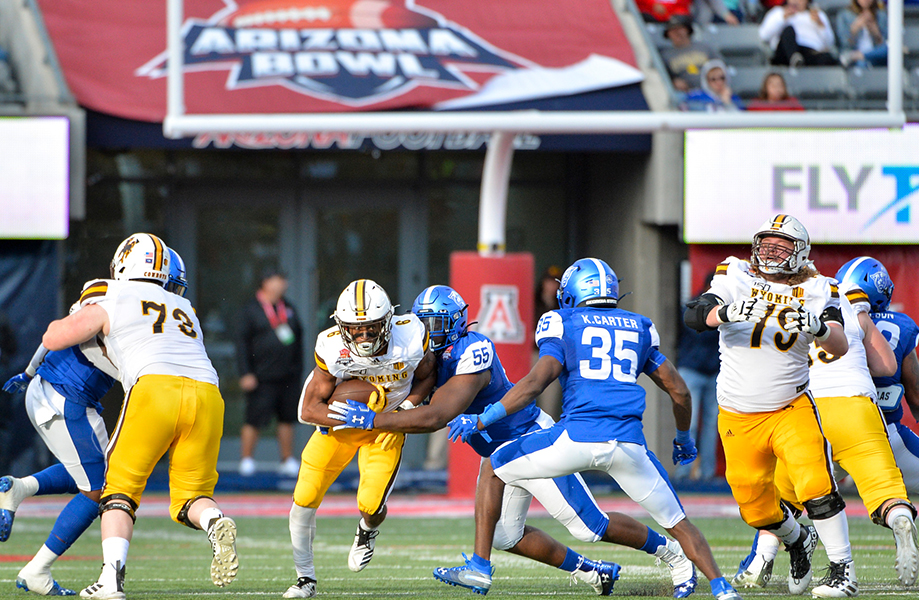 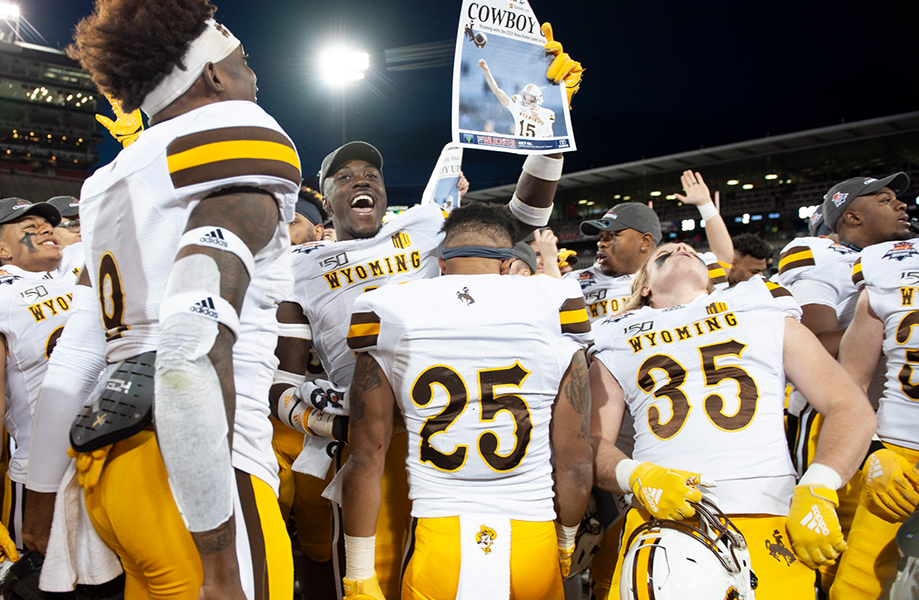